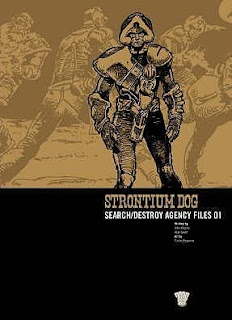 Birthday Post!! Turning 38 today and what better way to treat me, than with Strontium Dog Comic Review.

Well for those of you who follow my Youtube channel (thank you), I announced in my last vlog, that I was really getting into Warlord Games' Strontium Dog. Now as I long a time fan of 2000 AD I have now again tipped my toes into a Johnny Alpha story, but I have never gone back to the start to discover its roots.

Well time to change that! Welcome everyone to Strontium Month. All of February I will be solely reading Strontium Dogs comics (hopefully without burnout). Now lucky for me 2000 AD have collected them all in an easy way ie. digital like this one (Amazon Link).

Earth, the late 22nd century. Following the atomic war of 2150, Britain has been devastated by a nuclear holocaust survivors rebuilt their lives, but many were warped by the mutating effects of Strontium 90 fallout. Unable to live or work amongst the 'norms', mutants were forced to grow up in ghettos and take the only job open to them - bounty hunting. These Search/Destroy Agents hunt the criminals too dangerous for the Galactic Crime Commission. One such Strontium Dog is Johnny Alpha, whose eyes emit piercing Alpha rays and enable him to see through solid objects - and into men's minds.

Now in the first volume collecting together all the Strontium Dog adventures from the beginning you can join Johnny, his norm Viking partner Wulf Sternhammer and alien medic The Gronk as they fight their way through a universe of violence and prejudice! 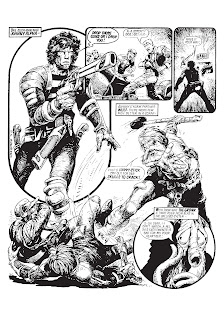 Like a lot of 2000 AD stories, it is quirky but hits home with the underlying tones of racism and xenophobia. Strontium Dogs is set in a future where nuclear war has to lead to a widespread mutation. Most mutants are now treated like garbage, unemployable and left to starve in the wasteland. The only way to survive is to join the Search/Destroy Agency - aka Strontium Dogs. This organization chases down criminals from across the galaxy and sometimes time itself and brings them to justice. This job is viewed with distaste by everyone as they believe the agents to be no better than the criminals themselves.

The main characters of the tale are Johnny Alpha, a mutant with pure white eyes that allow him to see through materials and read minds. Wulf Sternhammer, a Viking now stuck in the future following some unknown story that has not yet been revealed and the Gronk, a metal-eating alien with multiple hearts that get scared way too easily.

This first collection starts prior to 2000 AD and has the stories from Starlord in it. The stories read like sci-fi wild west which is a term I have seen many people describe it as. The stories for the most part are short and action-filled, but can very hit and miss. The writers I feel lacked direction and just had the art to go off and no background. It is only about halfway through that the characters start truly developing. Johnny seems like a robin hood style character, wanting to rescue and protect the downtrodden which I can only imagine will be a problem down the road. Wulf comes across as a loyal friend and all-around nice guy, but when his anger is provoked is a hard man to stop and the Gronk is like the lion from OZ, scared of everything but ultimately the bravest when it comes to protecting his friends. 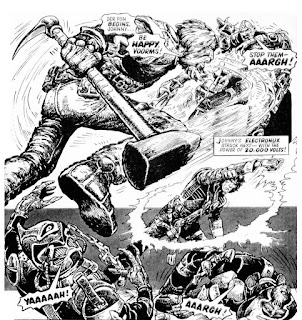 Overall I enjoyed the book, the Hell series is a standout story. It was truly the first epic for the characters and seems the turning point for the progression of the characters. I loved how it had me guessing who was Satan was early on (even though it was none of them), and actually made me feel for some of the throwaway characters. Great writing and a great story. I enjoy the fact that the writers don't take it too seriously and try to inject humour into what would otherwise be a dark series.

I am excited now to jump into book two and see the characters fleshed out more. Have you read this series? Let me know your thoughts, also this is how I plan to write future omnibus novels going forwards, wanting to review the overall theme of the book rather than a story by story. Let me know if it works or not.

If you have the chance give me a follow. Thank you for stopping by and showing support and feel free to use these links to start your own adventures. I get a kickback if you use the Amazon link, so thank you in advance. 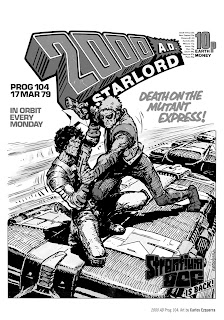 Posted by Adventures with Peps at February 02, 2021