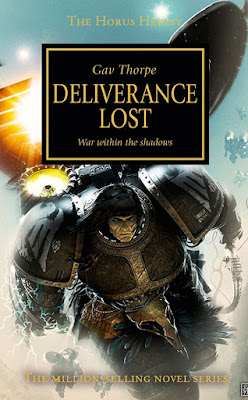 Last weeks the Outcast Dead has reignited a spark inside me for the Horus Heresy. I have the next few novels lined up and ready to go, so expect lots of heartbreak and betrayal in the coming months. This week I got to dive into Deliverance Lost by Gav Thorpe.

I have to be honest and state I know very little about the Raven Guard. They aren't a legion I care much for, my begins and ends with the fact that they favour stealth and ambush, along with leaning heavily on the emo raven theme. I am glad to see my favourite author Gav Thorpe is the writer so I am excited to see what happens.

As the Horus Heresy divides the Imperium, Corax and his few remaining Raven Guard escape the massacre at Isstvan V. Tending to their wounds, the bloodied Space Marines endeavour to replenish their numbers and return to the fray, taking the fight to the traitor Warmaster. Distraught at the crippling blow dealt with his Legion, Corax returns to Terra to seek the aid of his father – the Emperor of Mankind. Granted access to ancient secrets, Corax begins to rebuild the Raven Guard, planning his revenge against his treacherous brother primarchs. But not all his remaining warriors are who they appear to be… the mysterious Alpha Legion have infiltrated the survivors and plan to destroy the Raven Guard before they can rebuild and threaten Horus’s plans.

It's nice to finally learn some deeper info on this Legion. I believe Corax was last mentioned way back in book three(?), on the fields of the Drop Site Massacre. Lucky for us the book picks up at this location, as we follow Corax and his sons retreating across the war-torn planet, constantly chased by the World Eaters Legion and Angron. As all seems lost aid arrives in the form of the Raven Guard garrison force who following a vision has come to save the Primarch. From here we join Corax who attempts to rebuild his legion using gene-tech gifted to him by his father.

Within this story of hope, we have a cloak and dagger story. During their attempts to flee Istavan it would appear some Alpha Legion troops managed to sneak in. Their goal is two-fold, step one; discover the gene technology and attempt to steal it or at least destroy it. Step Two; cripple the Raven Guard and take them out of the civil war for good. This aspect of the book was amazing! I really enjoyed the secrets and shadow work by the Alpha Marines, who weren't even sure how many members exist within the Raven Guard.

Overall a solid book, not without faults, but full of action, intrigue and story expanding lore. This is what I want from these novels and I hope this style of storytelling continues.

Cheers for checking and feel free to sign up to get notifications and use any of these links to support me.

Get the Book: Amazon Link 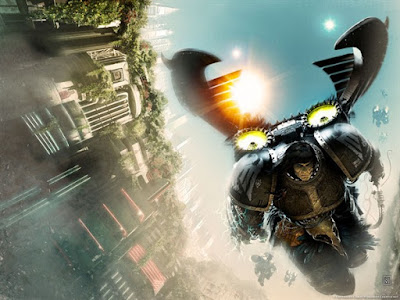 Posted by Adventures with Peps at February 12, 2021