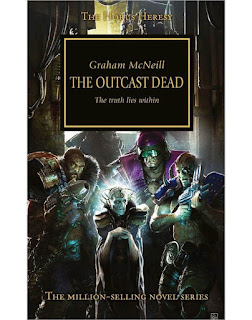 Back into the darkness of the Warhammer 30k series - Horus Heresy. I've managed to keep a toe in with the Primarch series, but it feels great to be reading these again. It may help that I started with Graham McNeill for the return.

The galaxy is burning. The Emperor’s loyal primarchs prepare to do battle with Warmaster Horus and his turncoat Legions on the black sand of Isstvan. Such dark times herald new and yet more terrible things still to come, and when Astropath Kai Zulane unwittingly learns a secret that threatens to tip the balance of the war, he is forced to flee for his life. Alongside a mysterious band of renegades, he plunges into the deadly underworld of Terra itself, hunted like a criminal by those he once trusted. In the face of betrayal, Kai must decide where his own loyalties lie and whether some truths should be buried forever.

Damn this was a book and a half to come back to. First up let me say I enjoyed the slow build-up to the action. It helped build up suspense and love for the characters involved. Without a spoiler every two seconds I will only say that the space marine cast was some of the best so far, it is just a shame that they didn't get more backstory! We had a Thousand Son, a Deathguard, a Luna Wolf, an Emperor's Childen and 3 World Eaters Space Marines, possibly guarding the most important individual of the whole 30k verse. The story about halfway through really gains momentum and builds up to a heart-thumping battle as the villain of the piece (possibly a Thunder-Warrior), finally gets to grip with the group and let us not forget the Custodians and the hunters chasing the group down. Overall the second half was a lot stronger than the first and I felt page space was wasted, especially as too many story plots were left wide open to not be revisited.

Ultimately a great welcome back to the Heresy and I can't wait for Deliverance Lost. 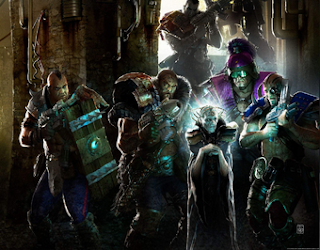 Posted by Adventures with Peps at February 05, 2021