The last of the Necromunda short stories for a bit. I don't wish to burn out so I am stepping away to stay keen. What better way to end than with a Kal Jerico and Scabbs story.

The underhive holds many sinister secrets, and swashbuckling bounty hunter Kal Jerico is about to discover that some of them are best left hidden… When the sump lowers, an ancient vessel known as the Red Salvage is revealed – and Kal is hired to plumb its depths and return any riches to his employer. Along with his companions Scabbs and Yolanda, Kal ventures into the rusting wreck and faces dark horrors, desperate muties and inevitable treachery…
Whilst hunting down a bounty, Kal Jerico and his team are convinced to go on a treasure hunt! Within a sump lake, a sunken wreck believed to be full of archeotech has risen from the depths. Now Kal and his team race against a rising tide to discover the fate of this boat and it's cargo. Inside the ship's many holds,  they discover a tribe of Cannibalistic Scavvies, who worship a Spider God. Unfortunately for everyone the Spider God is real and living in the ship's hold. Then to make matters worst a rival group of treasure hunters have followed the team there and guns are soon blazing in every direction.
This was a great short story with plenty of action and once again a great insight into the Necromunda. The idea that there would be these giant lakes in a towering city is crazy, but at the same time inspires me to want to build a crazy gaming table. I also was fully creeped out by the idea of this giant spider eating its own children and the odd Scavvie. Great read and reminds me how much I enjoy Kal Jerico tales.
I would love to read your thoughts on the novel if you have read it? Let me know in the comments and if you wish to support the blog hit follow or use one of the following links:

Amazon Links (yes I get a kickback, thank you for supporting the blog):

Thanks for stopping by!
Posted by Adventures with Peps at January 22, 2021 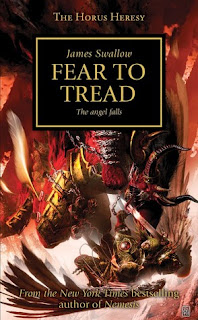