Book review 115 // Path of the Outcast by Gav Thorpe 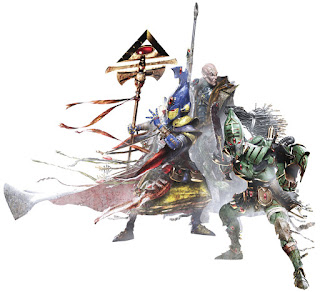 A long, long time ago, in July 2017, I started reviewing books I was reading. I started the whole show with Path of Warrior, book one in this series by Gav Thorpe. Then for over two years, we had to wait, then boom book two Path of the Seer hit the blog in October 2019. I promised myself to not wait two more years, so here we are 15 months later sneaking in the review.

Let's start with the commercial description:

Aradryan has chosen to leave his sheltered life on Craftworld Alaitoc and walk the Path of the Outcast, seeking the myriad pleasures and threats the wider galaxy has to offer. Still unfulfilled as a ranger, he is lured into the life of a star pirate, bringing him into conflict with the Imperium of Man. A chain of events is set in motion that could have catastrophic consequences for Alaitoc, forcing Aradryan to take drastic action if his old home is to survive. 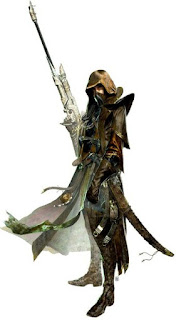 Where to begin? Maybe a recap will help. The trilogy follows three friends, with each book following their paths how they are all intertwined in one another lives. Korlandril - Path of the Warrior. Thirriana - Path of the Seer and Aradryan - Path of the Outcast. In the first two stories, we watch as the two leads both become trapped on their unique paths and how the actions of the three friends lead to the eyes of the Imperium turning to watch the Craftworld.

But back to the novel. Aradryan, unlike his friends, hates the structure of the Path, he hates his home and through his life choices becomes an Outcast. This was a great part of the novel as we got to explore all versions of the Aeldari, be it Exodites, Drukari, Harlequins and the Corsairs. During this period of his life Aradryan, rises through the ranks of the Corsair band to become a Pirate Prince. It is during this time that Aradryan's actions prove his undoing and he gains the attention of one Commander De'Vaque.

Commander De'Vaque declares war on Alaitoc and manages to raise a massive force about him including the Sons of Orcar. The ending battle is pretty epic and ties up all the loose ends of the previous books. I feel bad to be finally leaving this series behind, I have enjoyed it so much that to finish it feels like an end of an era.

The ultimate goals of these books are to teach us the trap of hubris, all three characters thinking they knew best, caused the death of untold hundreds of Eldar. Eldar that can now never find peace. Just like the other two books, this was hugely enjoyable, the Aeldari race as a whole is fascinating and these novels expanded by Aeldari Enclyopedia so much. Gav Thorpe for me the ultimate writer for Eldar stories and I can't wait for more books by him to come out.

Path of the Outcast

or spend a bit more and get The Eldar Range

Posted by Adventures with Peps at January 29, 2021