Project Craftworlds is building up steam, I can say that as I now as I have two completed. If you haven't read about the plan please head to the Craftworld Project Page. I will be attempting to paint at least one model to represent each Aeldari craftworld (where possible), and I will also try to capture key details about each sect, using online sources and through doing this expand my own Aeldari knowledge a bit more.

Rune Meaning -  The Reborn: This rune stands for the principle of reincarnation, a fate thought to have befallen every Eldar before the Fall. The symbol denotes the craftworld of Biel-Tan, whose name means 'Rebirth of Ancient Days'. For them, winter has fallen on the Eldar but the Biel-Tan are convinced that spring will soon return. 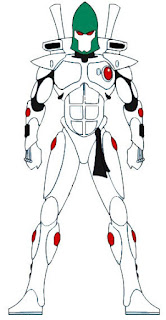 The Biel-tan Craftworld is famous for its inhabitants' militancy; it is home to more Aspect Warriors than any other craftworld.

The Eldar of Biel-tan are honourable warriors, who have taken it upon themselves to rebuild the lost glory of the ancient Eldar empire, through the destruction of the lesser races who have "usurped" the galaxy, and believe it is glorious to die fighting the enemies of the Craftworld. At the centre of Biel-tan is the Chamber of Heroes where the spirit stones of dead Aspect Warriors are placed. Farseers often come to this room to consult the dead on courses of action.

As well as their traditional colours of green and white, the forces of Biel-Tan sport patterns of dark thorny ivy.

When the Eldar of Biel-Tan goes to war they assemble a warhost known as the Bahzhakhain, which means "Swordwind", "Tempest of Blades" or Frozen Leaves Falling to Cut. The Swordwind's tactic is a single, swift strike taking the enemy by surprise. This tactic works considerably well with the elite fighting skills of the many Aspect Warriors eliminating the enemy before they can respond. The Biel-Tan, therefore, makes perfect use of the speed and maneuverability of the Wave Serpents and Falcon Grav Tanks.

Engines of Vaul Troupe - Scorpion, Cobra, Storm Serpent or Voidspinners (or any combination of these). 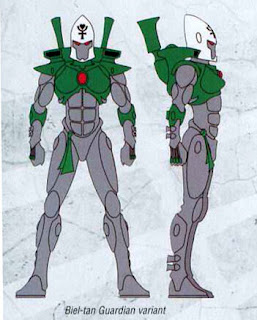 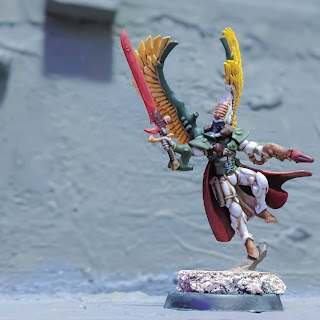 I would love to hear your thoughts. Let me know in the comments and if you wish to support the blog hit subscribe or use one of the following links:

Amazon Links (yes I get a kickback, thank you for supporting the blog):

Start your own army of Aeldari: Farseer

Thanks for stopping by!
Posted by Adventures with Peps at January 25, 2021