The Cult of the Blessed Wormlings - Step One. 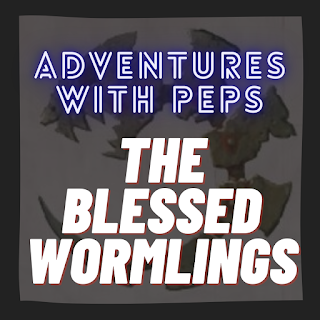 A new project is in the works. Genestealer Cults have taken root in the dark recesses of my heart and it is an itch that needs scratching. I am not looking at a codex until the new one comes out so I am buying, building and collecting items that actually excite me and I can't buy the next piece until the first one is completed and painted, so this will be a slow grow project - you have been warned.

Step one of a new project - The theme. Having read through the cults on Fandom I have decided to dive fully into the following Cult: 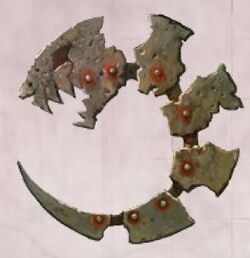 The sigil of the Blessed Wormlings is segmented, much like the earth crawling insects they emulate. The Blessed Wormlings is a Genestealer Cult whose cultists feed only on the beetles and squirming annelids that burrow through the loam of the Cemetery World of Masuchi Parr. A sombre brethren who are dark of mood and aspect, they believe that the verminous insects that prey upon the dead inherit the strength of all creatures once they pass into the earth.

They preach that, by embracing the ways of the lowliest creatures of creation, they will find a humility that brings them closer to the god they name the "Star Emperor." In truth, the deity they refer to is not the Master of Mankind, but an anthropomorphic personification of the Great Devourer -- the Tyranid species that will one day consume them all.

In the late 41st Millennium, a seven-man Deathwatch Kill-team was deployed to Masuchi Parr to investigate reports of the existence of the cult. When they discovered that the threat was greater than first feared, the Kill-team fought heroically to reach the planet's spaceport and escape to bring the word of the menace to the wider Imperium.

Yet their numbers proved too few and, though the Astartes heaped the corridors with xenophile corpses, the Deathwatch Marines were eventually overrun. Theirs was but one story of tragic loss for the servants of the Emperor during this time when the Deathwatch found themselves stretched to their limits and beyond by the growing Xenos threats to the Imperium. 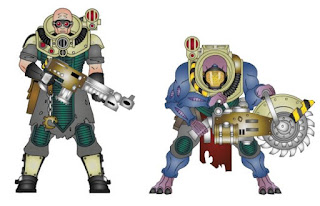 Where next? Well up first will be the Neophyte Hybrids as I want to work out the scheme and paints I plan on using.

Posted by Adventures with Peps at October 12, 2020