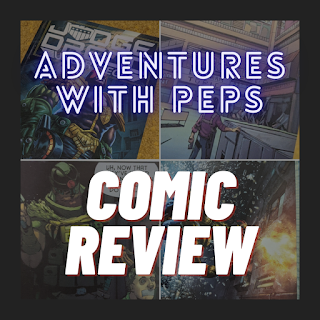 Welcome back, after a short trip into the Star Wars universe with Boba Fett I decided it was time to go back to the tried and tested Judge Dredds. Unknown to me there has been another movie tie in comic, called Dredd: Final Judgement. As soon as I realized this I purchased and downloaded a copy and dived right in. 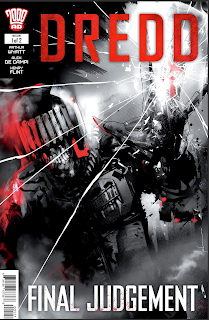 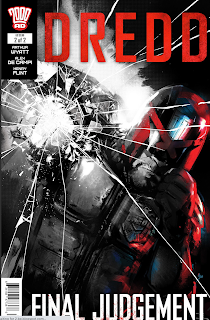 To start us off this comic is 96 pages long and is set in the 2012 Dredd movie franchise, here is the commercial fluff:

THE CRIME IS LIFEMega-City One – a seething metropolis built on the ruins of the old world, walled off from the irradiated wasteland of what used to be America. With eight hundred million people living within, only the harsh regime of the Judges can safeguard the lives of the citizens and keep the city from descending into chaos.The toughest of them all is Judge Dredd, a veteran that has survived and judged every lawbreaker that Mega-City One could throw at him. But this time Dredd goes up against an enemy unlike anything else he has encountered before. What can the law do against Death? 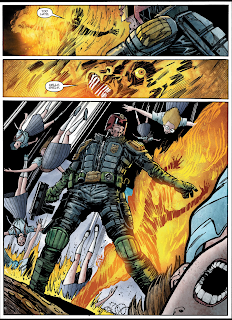 The story begins in the Northern Sectors of MC-1, and there is an unusual rise in suicides with perps talking about the coming of death and the world burning. But before Dredd can investigate he is called away to a Tek lab where a team of Tek Judges has disappeared into an alternate dimension. This group is led by Sidney D'eath and it would seem they have awoken something coming back as the Dark Judges it is up to Dredd to solve how to stop them and save MC-1 from mass extinction. 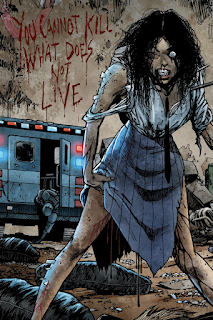 Now I'm not going to lie, I enjoyed the tale for what it was, full of action, full of beautiful artwork. But it failed to capture the original Dark Judges for me and though they looked scary, they didn't give me the chills like the originals. It felt like they knew what the fans wanted and tried to shove a square through a circle to achieve it. A solid C+ but I just don't feel Dredd is a supernatural world like the comics.

As always thanks for stopping by, if you enjoyed the short review think about dropping me a comment or hitting the follow button. 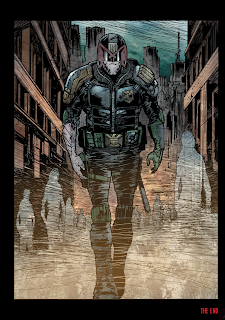 Posted by Adventures with Peps at October 13, 2020