The Ghost Halls of Iyanden 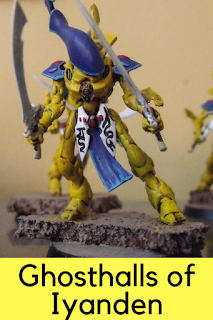 As I continue to clean up my Aeldari Encyclopedia page I also get the opportunity to finish tasks that I want to have complete but either forgot about or have continually put off. One such project is the collecting Iyanden resources into one spot for reference, this way I am not constantly digging through books or worry about damaging some nice codex I bought.

In no way is this my own work it is used without permission, for purely hobby purposes.

"For most Craftworlds, the Ghost Warriors are the last line of defence, awoken sparingly and seldom in large numbers. On Iyanden, where the boundary between the land of the living and the dead is particularly thin, the ghost warriors are so numerous and so active that they have willingly taken up the burden of the Craftworld's wars. Thus have Wraithguard, Wraithblades and Wraithlords adopted the duties once given over to Guardians and Aspect Warriors, overwhelming through endurance and implacability those enemies that would have once been defeated through deftness and grace. Just as Iyanden's wraith-warriors dwell in the ruined and silent ghost halls that were once their families' ancestral domes, so too do they fight together on the field of battle. They bear the colours of their Craftworld and the iconography of their houses -- for the Eldar of Iyanden, the importance of lineage transcends even death itself. It is rare, though not unheard of, for ghost warriors of different houses to fight together. What remains of an Eldar soul after death is given to extremes of personality -- only the strongest character traits and obsessions survive the transition from living being to spirit. By having ghost warriors of the great houses fight alongside their kin, the Spiritseers guarantee that these divergent forces are bound by a common purpose that transcends the dreamlike desires of the dead." - Codex Supplement Iyanden. 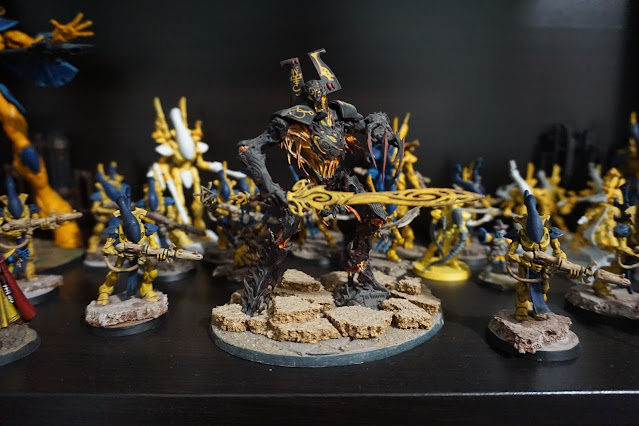 I hope this resource can help future Iyanden collectors decide on a House for their army, and maybe even spark the imagination for some great conversions. For myself the House of Ulthanash stood out as I am a big fan of Yriel, it also allows me to play with different aspects. This is due to Yriel having links to the Dark Eldar, Harlequins, Ynnari and Corsairs (just need to squeeze in Exodites). Ultimately this will allow me to flit between projects on the grander scheme of Yriel's warhost.
Thank you for reading and I hoped you enjoyed? As always I ask to take a moment to subscribe and follow and I wish you a great week. 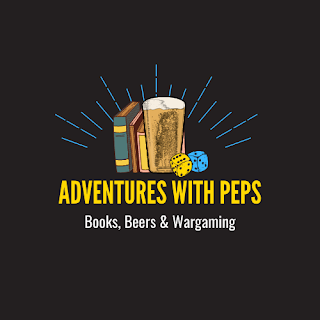 Posted by Adventures with Peps at September 21, 2020