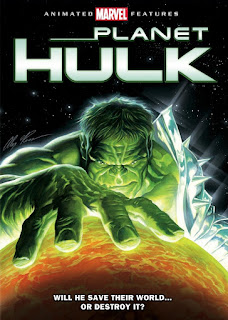 Well for those not up to date on my personal life (for shame not that I share it), I presently have a membership to Amazon Prime. Recently on this streaming service, Planet Hulk appeared so I quite rightly decided to watch it and review it for the blog. Now my knowledge of the Hulk is very limited to the more modern movies and a few tv shows in the '90s, so I am really not up to date on anything Hulk related. All I know is "Hulk smash" and don't make him angry, so I am really going in blind.

The movie begins on board what seems to be a spaceship, a video kicks in showing us Iron man, Dr. Strange and possibly Mr. Fantasic and maybe Fury (drop me a comment if you know them)? It would seem Earth's greatest heroes have had enough of the Hulk smashing and have captured him, before caging him in this ship and shooting him into space to live out his day on some low-risk world. Super harsh in my opinion, but how else do you stop the Hulk? 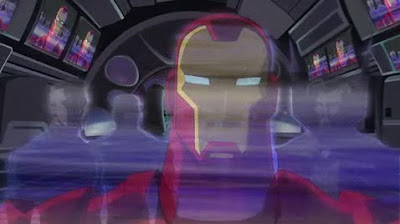 Unsurprisingly this enrages Hulk, causing him to heavily damage the spacecraft knocking it off course and into a conveniently placed Wormhole, spiting him out on to a world we soon discover is called Sakaar. Sakaar is seemingly under the dictatorship rule of the Red King and some religious aliens believe a saviour will arrive from space to save them all (I already see where this going). From here on out we get a bit of a Spartacus retelling in my opinion, following a brief combat scene Hulk is overpowered by alien tech and is implanted with a device that can not only shock him into unconsciousness but also translate spoken word to him (convenient). Whilst out cold Hulk is sold into slavery and sent to the Red King's Coliseum to become a gladiator, with other misfits and renegades. 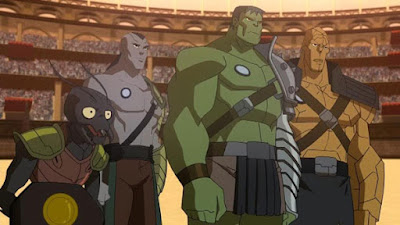 In the first combat, we see a side of the Hulk I hadn't expected or like - a non-combative almost cowardly Hulk (!?), instead of fighting, he just tries to break his way out of the arena. Only once the Red King is pointed out to Hulk does he join in the fighting and help the other combatants win the duel. From here on the film becomes very obvious and dull. We learn of the ragtag team of slaves that now surround the Hulk, none of which are very interesting and we watch them slowly but surely build up their reputation to a fever pitch and lead a revolt resulting in their escape. 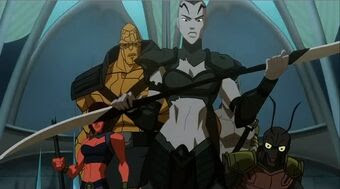 As the alien population revolt forms, Hulk attempts to go it alone until a femme fatale (the royal bodyguard of the Red King) convinces him to join the rebels' cause and save Sakaar from the Red King. With this small interaction, he rises to the occasion and defeats the bad guy to become King of all Sakaar and the film ends with Hulk being cheered on by the hoard of aliens, recreating the Hulk's future storylines and fate. Here endeth the tale, rather dull to be honest!

A real highlight and a much better villain for the film rather than the Red King came in the form of the spike aliens, but for me, this seemed like a throw-away plot thicker that happened too late into the film for me to care about and ultimately didn't affect the plot. This is a shame as I would have preferred to have Hulk face-off with a hoard of these creatures instead.

Pros: Violent for a cartoon (not one for young children) and great alien characters - who couldn't love the lava octopus?

Overall I don't recommend this unless your bored. I found my brain wandering and didn't need to focus on the film to stay up to date on the plot overall two Hulk smashes out of five. 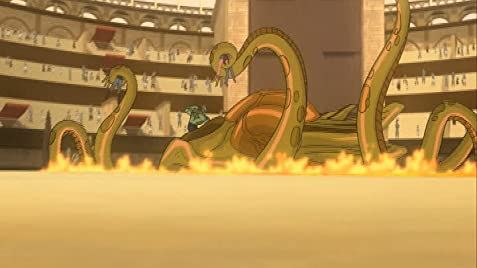 Posted by Adventures with Peps at September 14, 2020