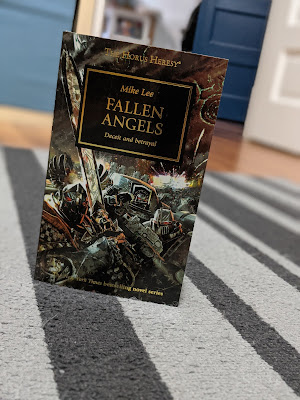 Hot on the heels of Tales of Heresy comes Fallen Angels by Mike Lee. A squeal novel to Descent of Angels and another outing by the Dark Angels, I personally am a big fan of Dark Angels and I have enjoyed most of the novels starring them. The first title in the Horus Heresy Series suffered from being a change of pace and speed, I do hope this novel keeps pace and drums up more excitement for the First Legion.
Book Details
Title: Fallen Angels
Author: Mike Lee
Publisher: Black Library
Type: Paperback
Page Count: 416
Commercial Fluff: As news of Horus’s treachery spreads, the Great Crusade grinds to a halt as the primarchs and their Legions decide where their loyalty lies – with the Emperor or the rebel Warmaster Horus. In this sequel to Descent of Angels, the Dark Angels to face a time of testing, both in the stars and on their homeworld, Caliban.
Arriving in the Gehinnom system, Lion El'Jonson and a force of DarkAngels set about subjugating the system's core worlds which are key to the Warmaster's plans to overthrow the Emperor.
Meanwhile, on Caliban, Luther and the rest of the Legion feel abandoned by their primarch. Civil war erupts as the planet strives to break from Imperial rule, and the Dark Angels are thrown into a deadly conflict where all that they know and trust is thrown into doubt.
Review 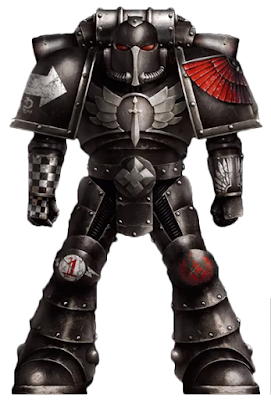 A solid read for sure. It gave context to the Descent of Angels novels and what I mean by that is that this novel is basically part two of that first story arc. This novel should have been released straight after Descent as it would have made the story flow better in the Heresy series. As with the first book, we follow the fortunes of the two cousins as they continue to become veterans within the first legion. Unfortunately, their paths seem to be fated to move in opposite directions from each other. The first is banished back to Caliban with Luthor to train the new breed of Space Marine, whilst the other journeys with the Lion into the Great Crusade.
The Fallen Angels novel does suffer from a little back forth, as we hop from one cousin to the other but unlike the first tale, this novel has a lot of action! The main story for me was the cousin left on Caliban with Luthor, here we start to see jealously and secrets unfold at rapid speed. The classical forests of a fantasy world are now gone and all we are left with is a pillaged Imperial world, but this is Caliban, home of monsters so it doesn't take long for rot to fester and grow afresh. For me, this was the stronger story arc and deserving of a whole novel. We have the early stages of the fall of Luthor, we have Caliban declaring independence, we have some background of the new Cypher revealed and we have giant worms and zombies!! This pretty much overrides the other story of the Lion leading an attack on a forge world to stop the Sons of Horus getting some siege guns (which the Lion hands over to Perturabo anyway facepalm). Which though good was not as exciting as the Caliban arc.
Overall great read and another solid story for the Dark Angels. Now I take a moment and move on to Necromunda and Kal Jericho - Sinner's Bounty. As always stay up to date by subscribing for updates and drop me a comment below. Thank for reading.
Posted by Adventures with Peps at June 26, 2020