What army next? Help me choose. 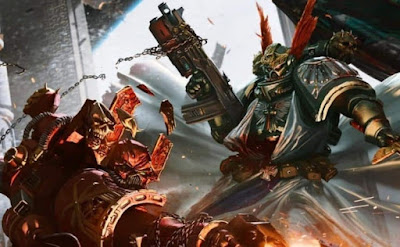 Normally on a Monday, I would attempt to show off some model I've painted but instead this week I need your help choosing a new army. I love all things Aeldari but I am burnt out on yellow and want to do a pallet cleansing paint session and also have an army to face off my Aeldari against whilst I do some solo playing. The easy part of this decision making has been completed and I have narrowed down my choice to two different forces. This is were you my readers will help me choose! I will go through both factions and write what I like about them and then in the comments, I hope you will tell me which force you would like to see out of the two and hopefully over the summer I can start the building process.
Army Choice One.
Dark Angels
I've been a fan of the Angels for a while, the shameful questing knight's story arc has an appeal and I have enjoyed all the novels I have so far read that have involved them (mainly the Gav Thorpe series). I like the idea of the Fallen and all the monk style robes and mysteries that still surround them. But how would I build them? I feel I would want to go purely down the Primaris Route so no Ravenwing and no Deathwing. I would use the Dark Angels Master Lazarus and build a solid firebase around him.
Pros
Cons 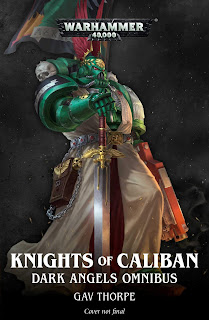 Red Corsairs
Now this one is a bit of a throwback to when I once played a Space Marine Army. Way back maybe eight years ago I collected and played Astral Claws the OG Red Corsairs. I really got into the Betrayal of Badab and even ran a blog that focused on other players and collector's blogs. I still have a soft spot for Huron and Garron and still, happily read the Forgeworld Manuals about the conflict. This makes me think that I would enjoy revisiting the story and recreating it for the new setting of 40k.
Pros
Cons 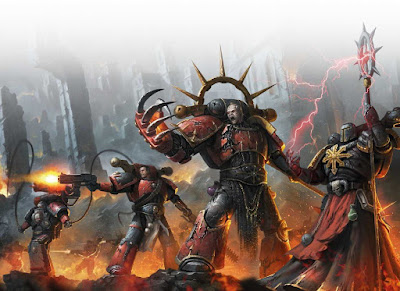 If you have an opinion on which way to go let me know in the comments below and follow the blog to see how I get on.
Posted by Adventures with Peps at May 18, 2020