Comic Review 86 // The Outside Circle: A Graphic Novel by Patti LaBoucane-Benson 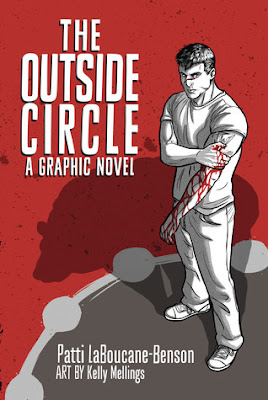 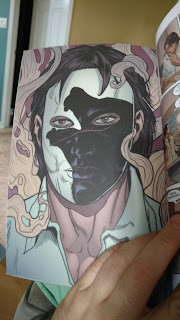 Time for something completely different. Been reading a lot of sci-fi comics and graphic novels but I wanted a bit of a palette cleanser, so I turned to a highly recommended comic called The Outside Circle.
Review
Author: Patti LaBoucane-Benson
Illustrations: Kelly Mellings
Type: Paperback
Page Count: 128
Commercial Fluff: In this important graphic novel, two Aboriginal brothers surrounded by poverty, drug abuse, and gang violence, try to overcome centuries of historic trauma in very different ways to bring about positive change in their lives.
Pete, a young Aboriginal man wrapped up in gang violence, lives with his younger brother, Joey, and his mother who is a heroin addict. One night, Pete and his mother’s boyfriend, Dennis, get into a big fight, which sends Dennis to the morgue and Pete to jail. Initially, Pete keeps up ties to his crew, until a jail brawl forces him to realize the negative influence he has become on Joey, which encourages him to begin a process of rehabilitation that includes traditional Aboriginal healing circles and ceremonies.
Powerful, courageous, and deeply moving, The Outside Circle is drawn from the author’s twenty years of work and research on healing and reconciliation of gang-affiliated or incarcerated Aboriginal men. 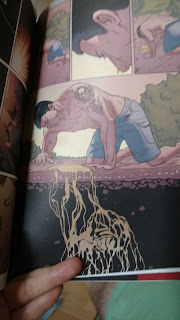 My thoughts
Wow, this was not what I expected. It really makes you think about the world at large. It makes you question why people do what they do and how sometimes bad things have to happen and the reasons why. The book follows an Aboriginal man called Pete who runs with a local violent gang. Pete has a younger brother called Joey and a mother suffering from drug addiction. In a non-surprising character trait, Pete has trouble controlling his anger and gets extremely violent every time. Following an encounter with his Mother's boyfriend, Pete is sent to jail. With Pete gone for a while, Joey is slowly dragged into the gang life and we slowly see all these bad influences drag down this family.
The artwork is stunning and very detailed which helped support the story-telling. The characters are the real highlight as they should be. This is really a story about personal growth and how Pete's character develops. I highly recommend this novel if you can find it and purchase a copy it is well worth adding to the collection.
Have you read this story? Let me know your thoughts in the comments below and better yet give me a follow!

Amazon (I get a commission, win, win): Paperback

Links to other fun projects: Linktr.ee/Adventureswithpeps
Posted by Adventures with Peps at May 26, 2020