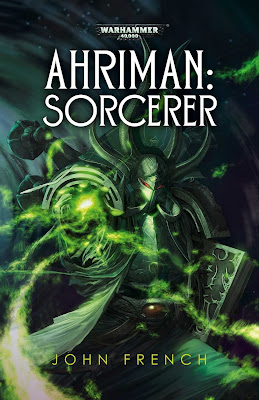 Welcome to my month of Thousand Sons reading. I am starting this off with Ahriman: Sorcerer the second in a trio of stories about one of the most famous Thousand Sons in existence. I originally read the first book Ahriman: Exile way back in 2017 and I really should have got back into this series a lot sooner. Let's jump in.

Commercial Fluff: Ahriman, greatest sorcerer of the Thousand Sons and architect of the Rubric that laid his Legion low, continues to walk the path towards salvation, or damnation. Searching for a cure for his Legion, he is forced to consider - was the great ritual somehow flawed from the very beginning? The answer may lie within the mysterious artefact known as the Athenaeum of Kallimakus, a grimoire of forgotten lore which is reputed to contain the exact words of the lost Book of Magnus - or, perhaps, even a transcription of the primarch's deepest and most secret thoughts.

The story isn't an instant follow up to Exile. Instead, we have jumped forward in time and events. We now find Ahriman as a leader of a pretty large host of warbands. With a goal finally in place to focus on and give him a reason to live. He is now seeking out an item that he believes will assist him in undoing the damage he caused with the Rubric spell. Into this mix, we have betrayal, jealously and backstabbing from Ahriman's own Warband.

The story itself is pretty slow-burning, attempting to build up the hard task that Ahriman is trying to accomplish. Though the book is called Ahriman he doesn't seem to be the focus of the tale, instead, a large part of the book works on introducing the all-new characters. This world-building exercise though interesting had the unwanted effect of losing me as a reader. I wanted a dominant Ahriman story, instead, I am stuck with some random characters that I really don't care for. I felt the plot was disjointed and jarring at best, whilst all the new characters actually made it hard to keep track of what is happening. Add to this, characters seemingly getting forgotten about and disappearing from this book (what on Earth?).

Ultimately a slow, dragging read that went nowhere! I do feel like this book has dropped me out of this series. But as I am attempting to do a Thousand Sons month I am now starting Ahriman: Unchanged and really hope these issues get fixed in the next novel.

Let me know your thoughts on this novel if you have read it. Am I missing something? Do you agree that the tone has changed? What happened to the Ahriman of the first novel?

Thanks for stopping by. 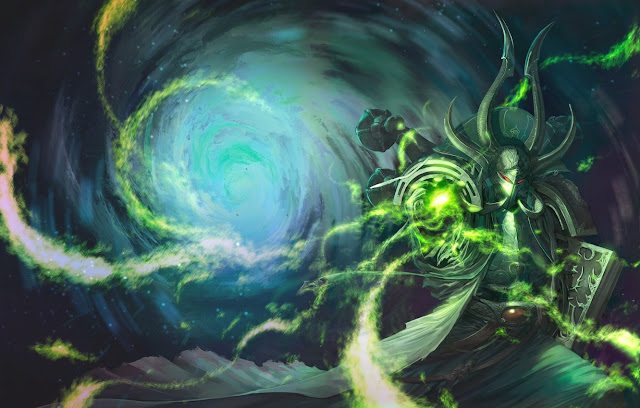