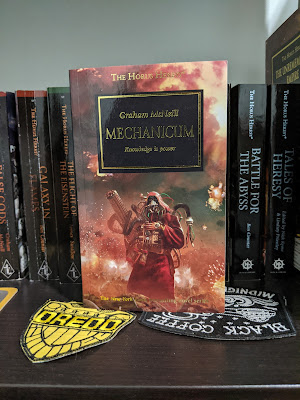 From last weeks towering Hive World of Necromunda, we travel back to the 30k story arc and adventure onto the sands of Mars and watch the Forgeworlds crumble to rebellion! The priesthood of Mars has always captured my imagination and I have enjoyed a lot of Graham McNeil novels over the years so I am sure this will be a treat!

Commercial Fluff: As the flames of treachery spread throughout the Imperium, Horus plots to subvert or destroy all those who would stand against him.

On Mars, home world of the Mechanicum priesthood, the great manufactory-cities have long produced much of the weaponry required for the expeditionary fleets across the galaxy - making the world invaluable to whoever controls it in the coming war.

Now, the Warmaster's agents begin to stoke the fires of rebellion, turning the loyalist forges and the mighty Titan Legions against one another. And, with whispers spreading of an ancient terror lurking beneath the Red Planet's surface, the Dark Mechanicum rises...

Let us start by saying Mechanicum is a stand-alone novel. It has no link to previous novels beyond the wider rebellion. As usual, McNeill writes a tale that is great at world-building and we are treated to realistic characters that have genuine depth.

As the story unfolds it becomes clear the Mecanicum is playing both sides. Whilst remaining "loyal" to the Imperium they are in fact shorting them of equipment, while at the same time they are favouring the Warmaster's forces with all the new equipment. This is starting to cause a lot of friction between the different factions and the anger is rising along with the aggression. The tension keeps building until conflict finally happens.

I don't want to spoil too much but we start to learn about the Dragon of Mars and a secret order who protects the truth. This was a different change of pace compared to the other novels and though it doesn't contain a lot of Space Marines it definitely helps move the story on. I do hope we revisit the Red Planet once again.

Let me know your thoughts below.

Starting in May I am reading all things Thousand Sons. With five Fridays available I plan on finishing the Ahriman series with Sorcerer and Unchanged, Thousand Sons Horus Heresy, Magus The Red and Prospero Burns. I hope you will follow the blog and join me on this adventure. 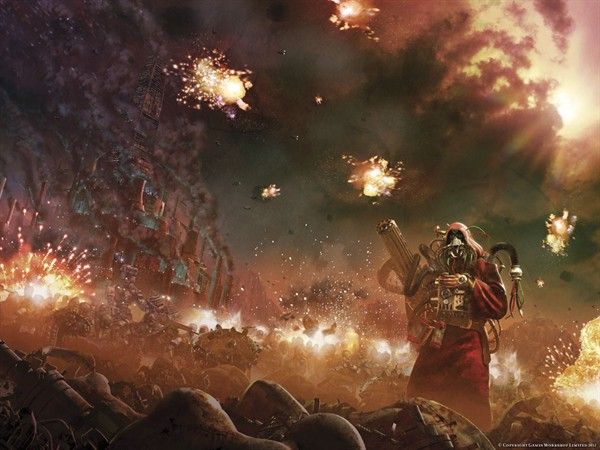