Book Review 76 // Battle for the Abyss by Ben Counter 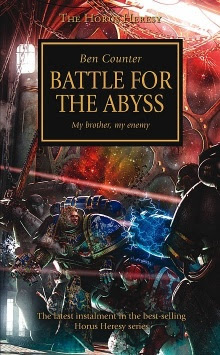 Following on from Legion comes Battle for the Abyss by Ben Counter. I'm pretty excited for this book as it has the Word Bearers properly in it. Better than that they are gearing up to kick Ultramarines ass!

Title: The Horus Heresy #8 - Battle for the Abyss

Commercial Fluff: Now that news of Horus's treachery is in the open, a time of testing has come. Some Legions have already declared their allegiance to the Warmaster, while the loyalty of others lies firmly with the Emperor. As Horus deploys his forces, loyalist Astartes learn that a massive Wordbearers fleet is heading to Ultramar, home of the Ultramarines. Unless they can intercept the fleet, and destroy the mighty battleship that has been sent to reinforce it, the Ultramarines may suffer a blow from which they will never recover.

Having come in straight after Legion this book had a lot to live up to. The novel takes us back into the main time line with the Traitorous forces starting to make their moves whilst the loyalist still haven't worked out what is happening. The story mainly follows the legions of the Ultramarines and the Word Bearers.

The Word Bearers have managed to create an all new class of battleship, which they have named The Furious Abyss. Bigger than any other battleship built so far and with the fire power to take on entire fleets, this ship is designed to destroy worlds. Now the Furious Abyss is heading to Calth leading a fleet of ships, their mission is to destroy Calth whilst the Ultramarines Legion muster on the surface.

Elsewhere Captain Cestus of the Ultramarines, receives a distress call from his brothers who's space craft has been attacked and destroyed by an unknown Warship (The Furious Abyss). Now Cestus is teaming up with a mixture of characters (Brynngar - Space Wolves, Skraal - World Eaters & Mhotep - Thousand Son) to track down and hopefully stop this new menace.

A 30K retelling of a Goliath and David situation. It could only ever have one outcome, but it was definitely a fun trip getting to the end. This is a solid and great read. It was always going to be challenging following on from a Dan Abnett tale. But Counter does a great job at getting us back on track following on from the events of Istvaan.

Would love to hear your thoughts, drop me comment below. 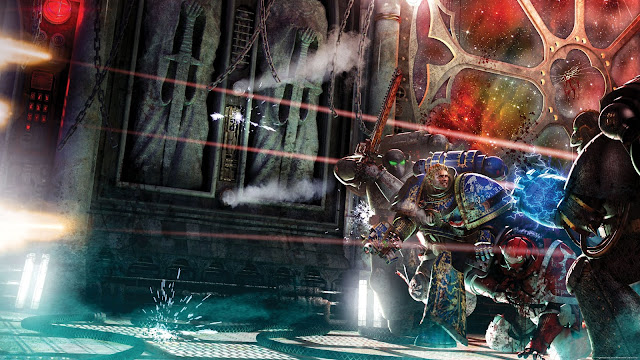