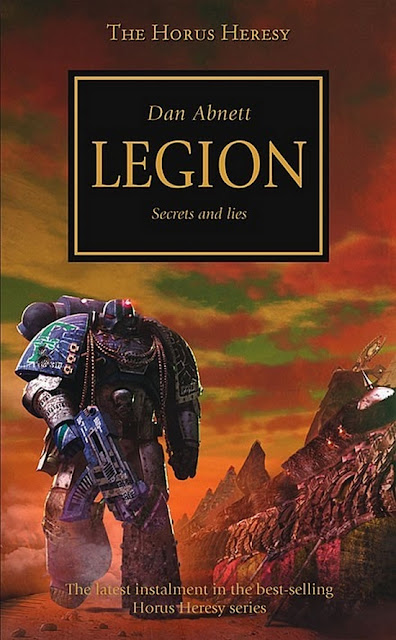 With this forced leave from work I am finding time to start working my way through some of the bookshelves of shame. It's crazy to think it was 18 books ago that I read Descent of Angels, shame on me for leaving it for so long.

Commercial Fluff: A Great War is coming, and it will engulf the Imperium of Man. The Space Marines of the Alpha Legion, the last and most secretive of all the Astartes brotherhoods, arrive on a heathen world to support the Imperial Army in a pacification campaign against strange and uncanny forces. But what drives the Alpha Legion? Can they be trusted, and what side will they choose when the Great War begins? Loyalties are put to the test, and the cunning schemes of an alien intelligence revealed in this latest instalment of the ground-breaking SF series by Dan Abnett, as the fate of mankind hangs in the balance.

Okay some truths I'm big Dan Abnett fan, I have a lot of novels by him and his Sinister Dexter Comic strips for 2000 AD are just a pure joy to read. So far the Heresy Novels have produced some great stories, but I feel this one is in my top 3 (with Fulgrim & Flight of the Eisenstein).

What was a real stand out part of this story was the view point it was coming from. For once we followed the action through the eyes of humans! The main character of the tale from my view point was John Grammaticus, a constantly reincarnated human spy working for a Xeno group known as the Cabal. The Cabal seem to be a group made up of Elder races, with named members being an Eldar Autarch and a Xshesian. They collectively have seen the coming war and are attempting to show the Alpha Legion the dangers of Chaos in hopes of swaying the legion to their cause. They do this by manipulating the Nurth Culture into completely falling to Chaos and manipulating the Alpha Legion to be in position to aid the Geno Five-Two Chiliad.

With the forces in place the Cabal start rising the stakes, but soon seem to lose control of forces in play. Soon the plan unravels and the future is left hanging in the balance.

I found this book an interesting read as it was more a spy/espionage novel. With plenty of manipulation and intrigue going on. It also hints at the whole which side of the war are the Alpha Legion actually on (which still no one really knows, just like the Dark Angels)? This book can easily be read alone from the series, as it is set apart from the series. But for me it is a true masterpiece in the series so far. 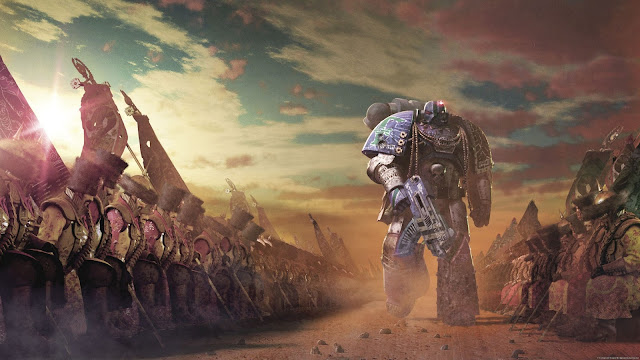