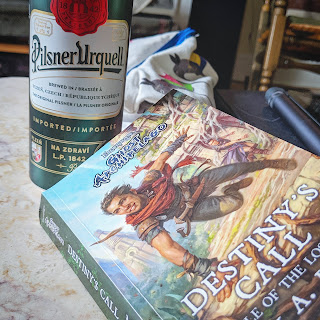 Been heavy on the sci-fi books over on this blog, so I thought I would treat myself to a bit of Fantasy for a change. Whilst browsing my local library's shelves I came across the following title and knew I had to read it. For those who don't about Frost Grave I highly recommend checking it out (link), I have not had the pleasure of playing the game but I have now read two books and I am super intrigued by it. If you wish to check out my first review please go follow this link. Let's dive on in!

Commercial Fluff: Samir is a thief, a street-urchin from Yad Sha'Rib, greatest city in the Empire. Like the city itself, he carries a secret; Samir is descended from the Heritors, powerful warriors who once drank from the fabled Crystal Pool. Though he dreams of one day saving his people from slavery and oppression, Samir keeps his nascent powers hidden lest he meets the same fate as his father--a slow death in the dungeons, where the grand vizier, Zhar-Marrhad, conducts dark experiments to unlock the Heritors' secrets.

When the Ghost Archipelago appears once more everything changes. Feeling the pull of the Lost Isles in his blood, Samir suddenly finds himself the centre of attention after a life of anonymity. Befriended by a tribal warrior maiden, charmed by a self-styled Pirate Prince, shadowed by a beautiful assassin, and hunted by the ruthless Zhar-Marrhad, Samir must navigate a world of treachery and deceit as he sets sail for the Ghost Archipelago. Only there can he unlock the secrets of his Heritor powers. Only then can he answer his destiny's call. 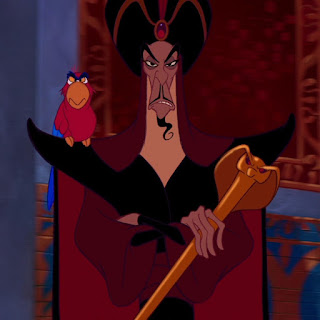 The book follows young Samir, as he discovers his powers and sets off to become a hero and find away to free his people from a Tyrant. This book leans heavily into some classic Persian archetypes like a villainous Grand Viziers, Jafar, flying carpets and I love it all. It took me all the way back to watching golden era movies of Ali Baba and the Forty Thieves (1944). This novel was just a great escape read.

The city of Yad Sha'Rib was well described and felt alive, whilst the pirate crew added some great characters and the ability later for some epic deaths and plot twists and turns. But the true highlight of the novel was Zhar-Marrhad the Grand Vizier. He was so evil and driven, with zombie/mind controlled slaves that rode flying carpets.....so epic! Only negative problem I had personally was the fact I couldn't stop imagining Zhar-Marrhad as the Jafar from the Disney Aladdin (I know lame), but I found myself hearing his voice and it added an additional level of creepiness.

I truly hope at some point the main character Samir gets re-visited, would enjoying reading what happens next and if he is able to save the City of Yad Sha'Rib.

Have you read this book? Have you played the game? Reach out in the comments and let me know your thoughts.
Posted by Adventures with Peps at November 22, 2019