Welcome to a long overdue Audio Drama review. For this we delving into the 30k verse of the Warhammer Universe. I was lucky enough to get three dramas via the Humble Bundle deal, which means three reviews are coming your way very soon. Starting first The Sigillite. 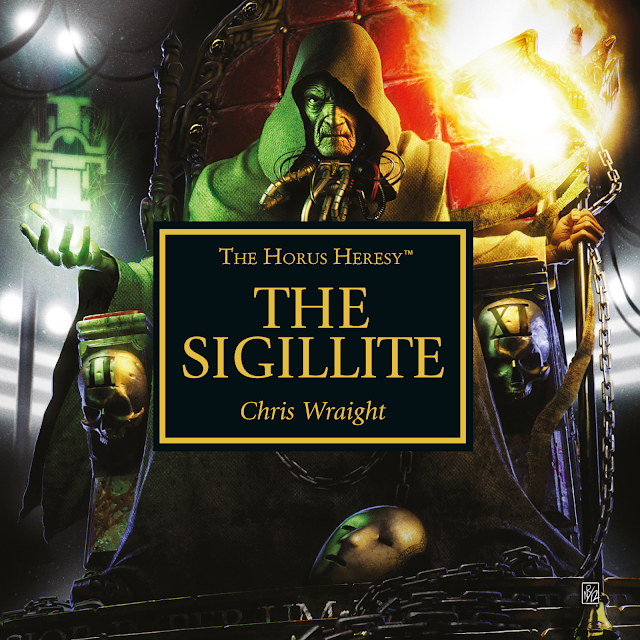 Commercial Fluff: Horus Heresy audio drama. Warmaster Horus has divided the Imperium in a bloody civil war, but while his armies prepare for battle the Emperor himself remains curiously absent. In his place stands Malcador – legendary Sigillite, First Lord of Terra and regent to the throne, and now arguably the single most powerful man in the entire galaxy. Imperial Army officer Hasani Sabbyat is seconded to Malcador’s command for a secret mission into the wastelands of Gyptus, and along the way he learns the truth behind the Heresy and a great deal more about the destiny of mankind. Where do Malcador’s true loyalties lie?

My first 30K audio drama and what a tale to jump into. For the most part we get to hear the thoughts of the elusive Malcador and how he feels on the current civil war raging throughout the galaxy. I found this drama full of interesting lore especially with Malcador talking and revealing his past, present and future feelings/thoughts/actions. It was also interesting to hear what the Emperor is up to, though most of us know about it already.

Overall this was a great fun listen. The main character other than Malcador was a bit flat in my opinion but I understand why he was needed. The action when got some was very brutal and quick in the classic Warhammer way and I was left wanting more which is always good. If you haven't already I recommend picking up a Black Library audio book and immerse yourself in the fun.
Posted by Adventures with Peps at April 15, 2019