Hot on the heels of the 13th Legion review comes the sequel Kill Team. I was surprised by how quick I was able to read this, not sure if it was a sign of an enjoyable book or if my reading is actually starting to improve. What it does signal is the completion of book thirteen of my Books of 2018 series. So with five months left of 2018 I need to complete five more books. I feel energised and ready to do this.

With the Sunday morning motivation completed let's get into the review. 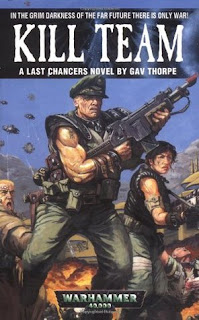 "In the second volume of Thorpe's Last Chancers series, Lieutenant Kage, a convict soldier of the 13th Penal Legion, languishes in an Imperial detention center when his old commanding officer returns with a deadly assignment. Kage must whip into shape a new team of the very worst the Imperial Guard has to offer before leading them on a mission to assassinate a warmongering enemy general."

As I read the Last Chancer series back to back the first thing I notice is the shift in storytelling. In the first book we have short style missions, characters that we grow to like and then a epic final showdown. In this one we get one big prison break, some training montage and then a final showdown. I found myself rooting for Kage and even feeling a bit sorry for him, dumped by the colonel and left to rot in a prison. Kage becomes a desperate and broken man. This all changes when the Colonel returns to his life and puts him in charge of a ragtag team of misfits. Here enters a cast of characters that to be honest weren't worth learning the names of.

Highlights of this book for me in no particular order are (watch for spoilers): 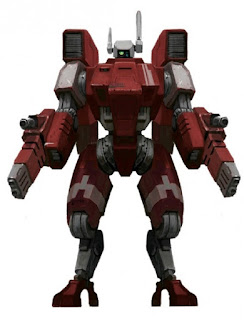 Sure it wasn't a perfect book, with some sections feeling more like an 80's action movie and what should have been a scary villain being defeated with ease. But I really enjoyed it. One of the quickest books I've read and it's filled me with excitement for Annihilation Squad and the chance to visit one of the most iconic Worlds in 40k - Armageddon! Bring on the Orks Waaaaaaaaaaaaaagh!