I'm coming back fresh from a holiday in the UK. The time there flew past to quickly and maybe a blog entry about that adventure will come another time. The big note worth mentioning is the fact my phone completely died on me so my only reading material I had was this book and one other. The first book to get reviewed is Praetorian of Dorn. This book represents book Ten in my quest to complete my Books of 2018. Let's dive in! 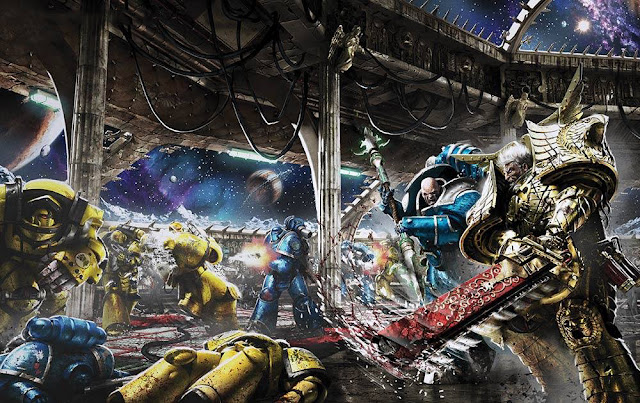 Commercial Fluff: "As the first assault on the Solar System begins, the strength of the Imperial Fists and the seemingly impregnable fastness they have built is tested at last…

Recalled from the Great Crusade after Ullanor, Rogal Dorn and the VIIth Legion were appointed as the Emperor’s praetorians – but only after the Warmaster’s treachery was revealed did the full extent of that sacred duty become apparent. Now, the Solar System comes under attack for the first time since the war began, and many of the seemingly impregnable defences wrought by the Imperial Fists prove inadequate. With all eyes fixed firmly upon this new threat beyond the gates of Terra, who in turn will protect Dorn from the enemy within?

At last, Rogal Dorn and the VII Legion take centre stage in a Horus Heresy novel! And it's a doozy, as the assault on the Solar System begins. Or does it?" 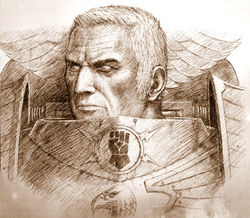 I was excited to see this novel in the library so scoped it up straight away. It is book number 39 in the series, yes I am still jumping all over the timeline like a bad Back to the Future spoof. The real excitement for me came from the fact that it is written by John French. I really enjoyed his Ahriman novel so was excited to read another novel by him.

Praetorian of Dorn seems to finally give us a real tale involving Dorn and his Fists. Having spent most of the Heresy hidden on Terra it is nice to think he is finally getting some action. But wait he isn't the main character of the book! Instead we spend most of the novel following Archamus; leader of Dorn's Huscarl Bodyguard. It was great that French took the time to flesh out his character with flashbacks, that aided in building a character you could enjoy. Archamus is one of the oldest in the Legion and is a veteran builder and warrior that is now thrown into a style of war he was not built for and must start waging a war in the shadows. 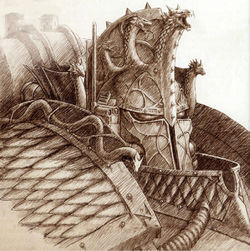 This book is fall of intrigue and plot openers. It shows that the Alpha Legion have been playing a very long game, with agents seeded throughout the galaxy. This opened my mind to the following question: Was another rebellion in the planning before the Heresy? Why would the Alpha Legion seed warriors away on Terra? It also seemed that they were there before the outbreak of the war, so why are they there?

And this is what French wants us to question (I think). Paranoia is the focus of the novel, what exactly are Alpha Legion up to? Are they heroes, villians or a bit of both? Why did they make such a bold play and what if any of it was real or faked? I'm left wanting more, more Alpha Legion, more intrigue, more answers. Damn you French you have me hooked.

GO read this book and leave me your thoughts below.
Posted by Adventures with Peps at June 04, 2018