I feel like I am on a bit of a roll at the moment with my reading. I have now completed book nine of my Books of 2018, meaning I am halfway there! This time I went back to old faithful Warhammer 30k. Set in a timeline when Primarchs still walked the Stars and Space Marines had personalities. This one is #24 in the series. I must disclose I am not reading these in order but hope to start doing so soon. Let us jump in. 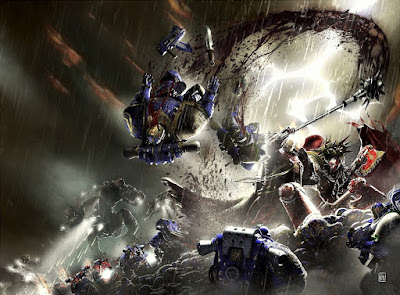 Commercial Fluff: The Shadow Crusade has begun. While the Ultramarines reel from Kor Phaeron’s surprise attack on Calth, Lorgar and the rest of the Word Bearers strike deep into the realm of Ultramar. Their unlikely allies, Angron and the World Eaters, continue to ravage each new system they come across – upon the garrison planet of Armatura, this relentless savagery may finally prove to be their undoing. Worlds will burn, Legions will clash and a primarch will fall. 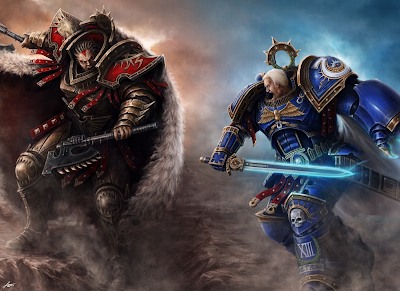 A great book and really intriguing read. One of the big noticeable developments seen within this book is that of the Primarch Lorgar. Last time I read a Horus Heresy book, Lorgar had been broken by the destruction of Monarchia (Thanks Smurfs), but now in this tale he is full of purpose, having rediscovered his passion and zeal. Leading both the Word Bearers and the World Eaters in a campaign to destroy the Ultmar system, ultimately crippling the Ultramarines. In my mind he has finally become a true Primarch, ruthless, cruel and full of self importance. Whilst we are on the topic we can't forget Angron of the World Eaters. This is the first true telling of the Red Angel within the Heresy series and it does not disappoint. He is angry, mean, bitter, ruthless, arrogant, tortured, wounded, pride filled and for some reason revered by his sons. Dembski does a great job portraying this damaged character and makes you want to like Angron and sons, some of the best scenes in the book involves Angron. To name a few parts of awesome we have to start with the Titan scene: Angron was meant to be rescued by Lorgar, but after Lorgar is cooked by a plasma blast Angron appears just in time to stop the titan from crushing the burnt Lorgar. We get to read about the monumental strength of Angron as he braces himself against the titans foot and holds it trapped long enough for a traitor titan to kill it. This scene is so cool, as it shows Angron has a brothers love for Lorgar even if he hates to show it. We also get treated to a few scenes of Angron putting several Primarchs on their asses which is always good for a laugh. 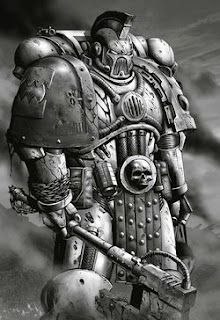 But hang on John is this book just about Primarchs? No it is not there are Space Marines too. Mostly showcasing the World Eaters and their flaws. How they went from once being proud warriors of the Emperor to bloodthirsty sons of a monster. It was interesting to read how the geneseed forces the sons to follow blindly their gene sire, even taking on the dreaded Butchers Nails to share in their father pain. Dembski does a great job at this and makes a believable Legion rather than a slaving hoard of gladitoral warriors. I loved the portay of Kharn in this and we start to see how he becomes the unstable madman of the 40k verse.