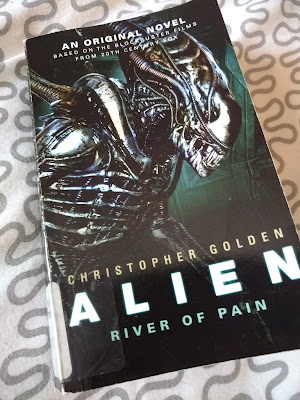 Welcome to book number five of 2018. For this review I have the Grimdark of 40k and have instead headed to the Dark tunnels of the Aliensverse. Expect moody dark shadows, colonial marines and dreaded Facehuggers! Let us jump in!

Commercial Fluff: When Ellen Ripley finally returns to Earth, she learns that the planet LV-426—now called Acheron—has been colonized. But LV-426 is where Ripley and the crew of the Nostromo found the original Xenomorph—the killing machine known as the Alien.

Protected by the Colonial Marines, the colonists seek to terraform the storm-swept planet. Two such residents are Anne and Russell Jorden, seeking a fortune that eluded them on Earth. On Acheron, Anne gives birth to the colony’s first newborn. Rebecca Jordan, also known as Newt.

The wildcatters discover a vast, decaying spaceship. The horseshoe-shaped vessel is of particular interest to Weyland-Yutani, and may be the answer to their dreams. But what Anne and Russ find on board proves to be the stuff, not of dreams, but of nightmares. 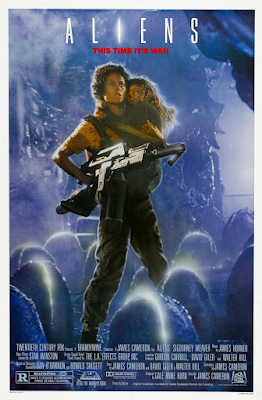 Book picks up in the timeframe between the first film Alien and the second film Aliens. Since watching Ripley enter hypersleep we find out that a colony called Hadley's Hope has been built on LV-426 or as it is now called Acheron (which translates to "River of Pain"). To make matters more exciting for the reader is the birth of Newt, the young girl who is destined to be saved by Ripley.

The problem this story faces is the fact you know what will ultimately happen (unless you have never seen the films) and leaves the author with little options on how to progress the tale. Step One: Colonists find the derelict spaceship. Step Two: They disturb the eggs, get face-huggered (hope that is the correct term). Step Three: Badass Aliens emerge. Step Four: Death and destruction reign down on the colonists.

The other problem about is the fact that it takes the story more than half the novel before the aliens finally appear, and then everything goes into super fast gory death mode. Scenes that should have been scary are sadly rushed and left unfulfilling. Characters who you spent learning the names off die with barely a grand farewell, while others are just forgotten presumed dead. The only characters worth remembering are Newt, Newt's Mother Anne and the Colonaly Captain Brackett. The rest though semi interesting are just alien food. And when you are left with only twenty pages you just know it's going to be rushed.

For me as a fan of the Aliens universe, Alien: River of Pain was good read and got me watching the films straight after. It's also ignited my drive to seek out more Alien/Xenomorph themed books. So expect more.

Thanks for stopping off and reading my review. If you enjoyed please do comment below or better let follow me to stay up to date with more posts.
Posted by Adventures with Peps at March 12, 2018