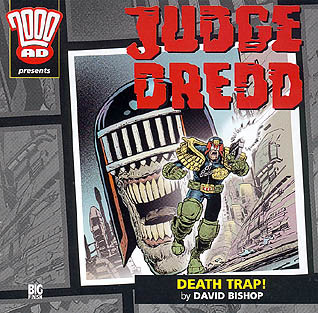 With work being so busy this time of year, I sometimes struggle to find time to read. But there is always time to listen, be it in the shower or on a bus. So with that in mind I open up my reviews to the audio books. Lucky for me 2000 AD has produced loads of audio dramas, some even performed with the BBC which is pretty damn cool. So at work in the brewery I sometimes have to label the cans, with that in mind I wanted something that is easy to listen to and wouldn't be too taxing on my brain, so I chose:

Commercial Fluff: "On the 15th anniversary of the Necropolis, Mega-city One's Judge Death is broken out of prison by a terrorist group, known as disciples of Death. Judge Dredd and his partner, Judge Amy Steel must track down the alien killer before he repeats his mass murder spree." 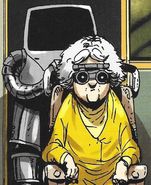 The tale was pretty straight forward which was a blessing and contained some popular characters like Mrs. Gunderson and Walter the Wobot. It also takes place in some of the most famous MC-1 locations like Sylvia Plath block and Tech 21. The voice acting is great especially Mark Gatiss as Judge Death, so good at all the Ssssss. The story has a quick and it's easy to follow, whilst keeping your attention right up till the end. It felt as though I was reading a comic strip in my head, with the added effect that it was my imagination providing the pictures!

All in all if you have a spare hour on the way to work or whilst painting, then I highly recommend listening to these. Only problem now is finding or buying the rest! If like me you're interested in the full range then follow this LINK to the Big Finish home page. There you will find Dredd and Strontium Dogs audio books to name a few.

As this is my first audio book adventure I don't have a set standard let. So this will be my base mark
of 3 out of 5.

As always drop me a comment and let me know what you think.
Posted by Adventures with Peps at December 29, 2017