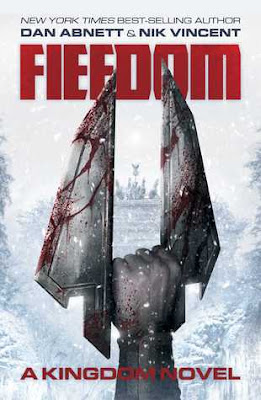 Whoa what is happening here? I 've actually caught up on my reading and my blogging of Books of 2017. If you haven't been keeping up (shame on you) click on this LINK.

Okay so you are all caught up now with Books of 2017, the idea was to make sure I was reading more books this year, with the challenge being to read one book a month. Then for 2018 I will make it two books a month. So let us get on with October's entry:

Commercial Fluff: "In a not-too-distant future, amongst ruins in the the ancient city of Berlin the Aux's live in clans, fighting amongst themselves. Their ancient enemy, Them - giant marauding insects, are a folk memory. Young Evelyn War however will be the first to realise that this quiet is not what it seems, that the Auxs themselves, having been bred for hand-to-hand combat in a war long-thought to be over, and now idling violently in peace in the subways and collapsing buildings Europe, must set aside their petty hostilities if they are to face the battle to come. Evelyn is the only one to see the oncoming storm, but the clan leaders and her elders do not believe her warnings, and time is running short."

First up this book is set in the 2000AD universe of Kingdom, though it is set centuries later and the actions from the comic have become nothing more than folklore. Here is a very basic quick run down of the comic- Earth has been invaded by 'THEM' an insect, possibly alien race (I like to imagine Them looking like house centipedes). The Humans (now known as the Masters) couldn't combat the threat so responded by breeding the Aux, a dog/human hybrid. The most famous of the Aux's in the comics was Gene the Hackman who is now the main focus of the Folktales. Jumping forward to the book setting the Masters are in hibernation in the poles, and it would seem like an ice age has hit. This has two effects; One- Them have fled underground seeking warmth and have disappeared for generations of Aux and Two- the Aux have forgotten their purpose, having lost the ability to communicate with the Masters. But with the ice melting this will all change!

The story itself had high points and low points which we will go over shortly. It read like an opening tale to a series of books but as far as I know there has been no more. It is about the reawakening of an enemy and the forging of new heroes. It has a lot of depth and space to grow so hopefully they go back to them and write more books. 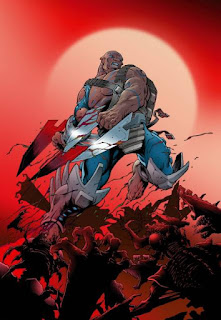 
Dislikes
Overall a good read. Hard to get going but once I was use to it I really enjoyed every aspect, especially the dark tunnel fighting. I just wish their was more Them in it. I do feel it was a great start and seriously hope there is a follow book soon.
Posted by Adventures with Peps at November 01, 2017