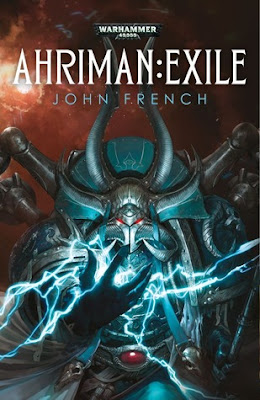 I just can't stop blogging at the moment! Which is great as I have a lot of free time at the moment and haven't had a clue of what to do. This is having a two fold effect 1) I'm clearing a lot of the backlog and 2) I am feeling a lot more free and relaxed. So I plan on making sure I stay like this and don't allow work to bury me like it has been. But enough about me time for another book review.

Continuing my promise to read a book month here is August's entry (If you want to catch up with the other books here are the links: Jan, Feb, March, April, May, June, July).

Book: Ahriman: Exile
Author: John French
Publisher: Black Library
Commercial Fluff:
"All is dust... Spurned by his former brothers and his father Magnus the Red, Ahriman is a wanderer, a sorcerer of Tzeentch whose actions condemned an entire Legion to an eternity of damnation. Once a vaunted servant of the Thousand Sons, he is now an outcast, a renegade who resides in the Eye of Terror. Ever scheming, he plots his return to power and the destruction of his enemies, an architect of fate and master of the warp." 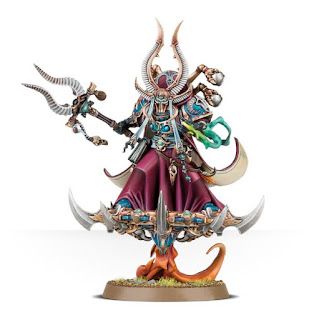 So let us begin with the main character Ahriman. Ahriman was a librarian for the Thousand Sons legion in the timeline of 30k. He was considered by many as one of the most powerful psykers of that time. Following the events of the Horus Heresy and his legions destruction, Ahriman ended up in exile (whoa love when a book title gets mentioned). During this time Ahriman limited his powers and served as a pawn to other masters. Soon though his past was to catch up with him and fate took over his destiny.

Most of the book is spent in or close to the Eye Terror. As Ahriman travels trying to find out who is hunting him and his old cabal down. This kind of mystery is an interesting take on 40k, showing you don't always need guns blazing, galaxy spanning wars to make for a good read. Ultimately as more story is revealed, it would seem like Ahriman is heading back home to the Planet of Sorcerers, to face an old comrade and possibly his Primarch.

Their isn't a huge cast line up which is great and all the action is mostly happening around Ahriman, so it's easy to stay on track. It's also great to see some early characters who I can only assume grow into more important roles as the story progresses. I am looking forward to picking up the next volume soon and seeing where Ahriman goes next. 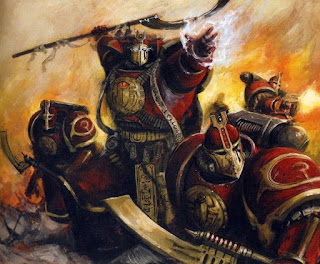 Ahriman: Exile is great read to see in the mind of who would become in my mind one of the 41st most iconic villains, it also helps to humanise him. Actually making me want to support his goals even if he is going about it all wrong. This is the first book I've read by John French and I found it very easy to be absorbed into his words. He created a space to imagine ships and psychic powers without forcing it into you with over the top details.

Overall an excellent read and one I suggest picking up. If you want to have my copy of the book drop me a comment below and let us see if we can get you the book. As always thank you reading and if you enjoyed please hit follow.
Posted by Adventures with Peps at October 12, 2017