Welcome once again to a brew review! I'm happy to writing about and drinking a big favourite of mine today. Great Lake Brewery's Octopus wants to Fight IPA. Now I orginally tried this beer at the Ottawa Beer Festival in 2015, but since then it seems to be released every summer in can form at the LCBO's. Since then this has been by far my most bought beer of 2016/2017. So before I gush too much here are the details: 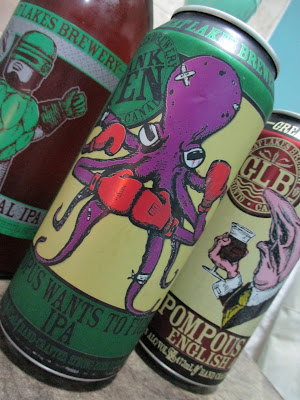 
“Our pet octopus is a bit of a jerk. He’s that guy who has a couple then either tells you how much he loves you or threatens to fight you. So we brewed this IPA, with 8 varieties of hops and 8 types of malt. We targeted 88 IBU and 8.8% to appease him. Sadly, when he found out that we’d fabricated all of the above info, it only made him more volatile. We are starting to realize that Octopus was a poor choice for a pet.” 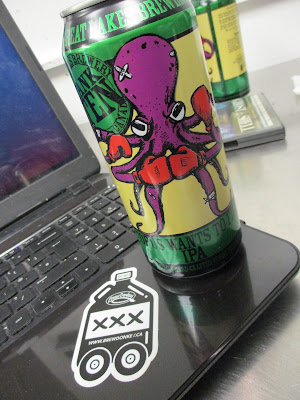 Aroma: Grapefruit and mango straight away, plenty citrus aroma going on here with a bit of grassy note in there too. Malts have a subtle biscuit aroma to them.


Would I buy it again? YES.

This beer is rarity in that I would buy and drink it again and again. Personally I could drink this all day and not get bored. From the first sip it instantly reminded me of BrewDog Punk IPA, the bitterness in the beer makes you want more. Also how can I not mention the can art, it is so funny and really stands out on the shelf. All I can really say is more please!