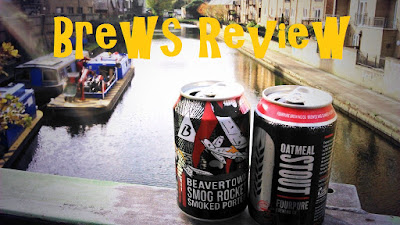 Hey drinkers! Time for another beer and a rant. Even though Canada is extremely close to America ie. shares a bloody border, it is surprisingly hard to find good US beers at the local LCBO. Luckily for me most LCBO's during the last summer seemed to stock up on some bottles of Rogue. Now hands up early on I am a fan of Rogue beers and I'm rarely disappointed by them. I have had great experiences with this Oregon Brewery, mostly through their Voodoo doughnut beer range, but today we are drinking Dead Guy Ale: 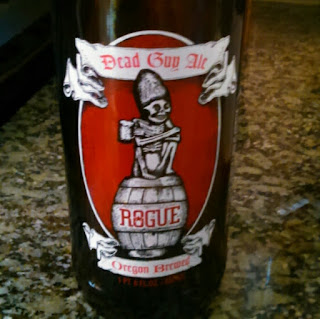 Commercial Fluff:
" In the style of a German Maibock, brewed using our proprietary Pacman yeast, Dead Guy Ale is deep honey in color with a malty aroma, rich hearty flavour and a well balanced finish."


Sight: Pours a gorgeous reddish orange with an off-tan head. Looks great and makes a great Halloween themed beer with the creepy Dead Guy on the bottle front.
Aroma: Full on roasted malts aromas, combining with some caramel and bread yeast. Smells like a German beer, which is good as that's the style it's attempting to represent.
Taste: Slight sweetness to it, with a gentle hop spice too. Very easy drinking considering it is 6.6% and leaves a slight bitterness at the end.
Would I buy it again? Yes.

Once again Rogue fails to disappoint. A very drinkable and enjoyable beer. Huge thumbs up for this, if you haven't had it go find it and treat yourself. I'm hoping to finding some more of this soon.

Have you tried it? If you have let me know.

Posted by Adventures with Peps at September 03, 2017