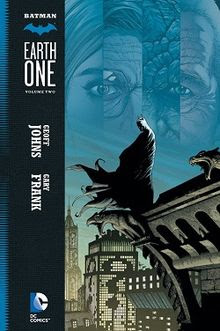 "The Riddler has arrived in Gotham and he's terrorizing the city with his own twisted brand of anarchy. But why is he attacking now, and what is his endgame? The Riddler isn't Batman's only problem, as Killer Croc is on the streets and his violent crimes can't be ignored. Meanwhile, the Dark Knight has trouble reconciling the increasingly conflicting ideologies of Alfred Pennyworth and James Gordon in this gripping re-imagining of the Batman mythology."

This sequel follows on six months after Batman's face off against the corrupt Mayor Cobblepot and his serial killer for hire 'Birthday Boy'. After Cobblepots defeat Gotham is starting to gain hope and optimism again under the new leadership of Mayor Jessica Dent. Along with brother D.A Harvey Dent they are busy capturing criminals and rooting out all the corrupt officials.
Whilst this has been happening Batman hasn't been quiet. For one he has been earning himself a fearsome reputation among the criminal organizations and is starting to look like a real professional crime fighter at last. Though it is not all good news for the vigilante, rumours of a half man, half crocodile killer in the sewers are being reported, along with a killer who enjoys setting his victims a riddle before killing them.
​​ 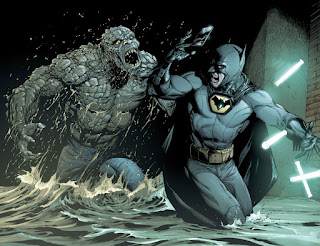 Unlike the first volume this story has no flashbacks and concentrates solely on the story: Who is Batman? This makes for interesting character interaction as each one tries to work out how Batman will work/affect their lives. Bruce for example is struggling with how he should handle the criminals, does he sink to their level or try to stay a symbol justice. Alfred on the other hand wants Batman to become a weapon, a tool that can cut the darkness out of Gotham through the use of fear and violence. The Dents, Gordon and Bullock are all trying to work out if Batman is an ally or a threat to the city and each one have to decide on their own if they are willing to trust in a masked man. Croc also has similar path to tread, can he trust a man dressed as a Bat or is Batman a threat to his very existence. Then there is the Riddler, who finally has competition when it comes to his riddles and worst let has an unanswered question of his own: Who is Batman?
​​ 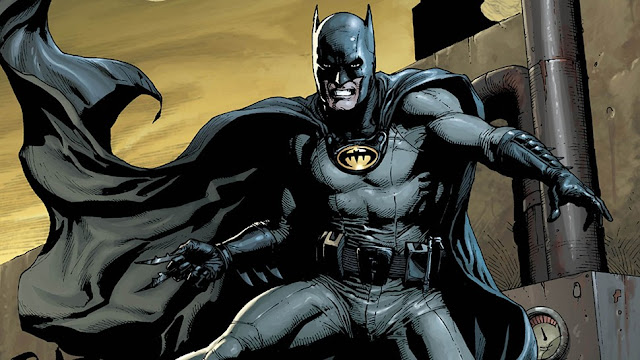 My Thoughts and Feelings

Once again the story is made by the artwork which is detailed and very modern looking. The story itself lacks space to really help it grow. I feel if given twice the page space the tale would have been so much better. Just like the first one it's all about character progression. We see Bruce becoming a symbol of hope and gaining skills needed to survive in Gotham. Alfred slowly starts to warm up to Bruce's way and attitude of fighting crime. Bullock's battle with depression and his descent into alcoholism (saddest part of this comic). Detective Gordon going from a coward to a hero, fighting crime and corruption. And finally the Dent's and the birth of two face.
​​ 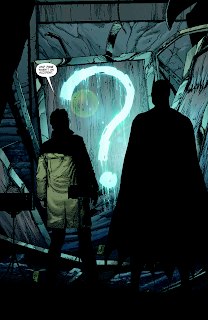 The biggest let down for me was the villains. The Croc story aspect seemed rushed and happened all too quickly for my liking. Plus his quick willingness to help out Batman just didn't seem right, almost forced to rush pass this part of the story. Combined with the Riddler, who was just too normal. For one of Batman's most interesting villains he lacked his quirkiness and was too willing to break his own rules (which I struggle to believe), which made him more like a crazy person, rather than a man looking for vengeance. This is a real shame as the other aspects of the story work well, it just needed more time and space to grow.

Finally like volume one the story ends with a hint to the next arc and it's safe to say it's all about Catwomen and I would brave a guess at Two Face. Now just to wait until it's released at some point this year or next. (If you know the release day please drop me a message).

Now for the score. For me the artwork really saved this comic as the story was sadly rushed and missed the mark for me, so I can only give it an average 3 bats of 5.

As always thanks for reading and if you enjoyed this then give me a +1 on google plus, a like on facebook or just a hello in the comments.
Posted by Adventures with Peps at August 03, 2017