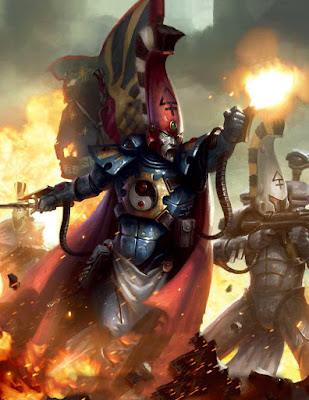 Welcome to another book review. Unsurprisingly it's a Sci-fi piece, it's set once more within the Games Workshop franchise- Warhammer 40,000 and it is about the Aeldari (Eldar). If these topics are of no interest to you (Shame) then I recommend skipping this post.

Still with me....great! So this year I've been attempting to read a book month, which doesn't seem that hard, unless you are me. I love reading but I'm slow at it, hence I'm attempting a book a month, with next years goal being two books a month. Here are my entries so far; January, February, March, April and May. We have now hit June (really need to speed up my blogging). For this month's book I have read Asurmen: Hand of Asuryan.

Author: Gav Thorpe
Publisher: Black Library
Commercial Fluff:
The Phoenix Lords are demigods of battle, warriors whose legends span the stars. They are embodiment of the warrior nature of the eldar, and each walks his own path. The first, and greatest, is Asurmen, the Hand of Asuryan. Since he led his people from destruction at the time of the Fall, he has guided his children, the Dire Avengers, in defending the remnants of the eldar as they plan their rise back to galactic dominance. A superlative warrior and peerless leader, Asurmen is one of the greatest hopes of the eldar race.

The Phoenix Lords of the eldar are legendary, pure embodiment of their warrior nature, and Asurmen was their first. This novel presents a dual narrative – the founding of the Dire Avengers during the fall of the eldar, and the story of Asurmen as he now stands, fighting the forces of Chaos that threaten to overwhelm Ulthwe. This is a tale of heroism and the resolve of a warrior raging hard against the dying of the light.

First up I'm a Gav Thorpe fan, I personally enjoy the way he writes and I find them an enjoyable read (very important as I am dyslexic). This is the first of a new series of books entitled the Phoenix Lords and delves into their pasts, futures and ever intertwined fates of these unusual characters. This hugely excites me as I love lore and everything eldar and it helps to add words to my ever growing Eldar Dictionary.

The story unsurprisingly is the tale of Asurmen the first Phoenix lord. Showing us his interactions with other Aeldari members, Craftworlds and how he actually came into existence. For the most part you get a chapter set in Asurmen's present, followed by a chapter from his past. The past stories excited me more, as they are set pre-fall and help show how the Eldar civilization collapsed in on itself and how his choices led him down this path of salvation. It is great to read about the original exodites, early craftworlders and the cults of excess and I truly hope this is all expanded on in future titles. 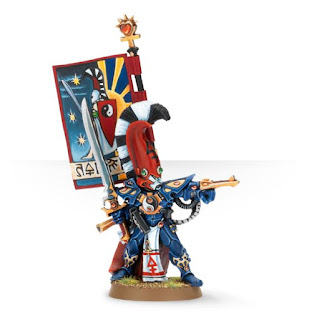 The main story of the book revolves around how in an earlier battle, Asurmen failed to defend a Chaos artifact that has come back to haunt the Eldar race. After having his form resurrected by the Eldar of Ulthwe, Asurmen then begins his quest to find a pilot who can rescue a downed spaceship and take the fight to the enemy. The cast of characters are interesting and some what intriguing, especially the rogue Farseer who I hope to see more of. The battle scenes are intense and quick of pace and for me the tale ends to quick. Can't wait to get my hands on the next book to see this arc continued.

For me a 4 out 5 would just have loved more pages.
Posted by Adventures with Peps at August 31, 2017