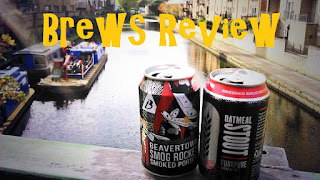 So the first Beers with Peps beer article. A landmark beer tasting so where better to start than the very first beer I tried after landing in Canada 2015. Why this beer you may ask, well I was attracted to the can and the weird name. When you see a red elephant staring at you from the LCBO shelf, it is just plan hard to not buy one. As you will see from this review: I rate it not with a score but instead with a 'Would I buy it again yes or no?' as the real proof of a good beer is actually spending money and buying again. 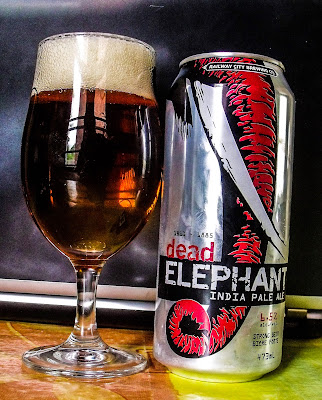 Commercial Fluff:
"A full bodied golden Pale Ale which pours with a linen white medium density head leaving spider web lace on the glass. On the palate the flavour is sweet fruity malts upfront (apricot, mango) with a bit of candy, and slight grassy notes which fall away to reveal a hint of biscuit with rather pleasant grapefruit and perfume undertones. This is a hop bomb, there is no doubt. To the nose there is a mild malt aroma which accentuates the robust floral bouquet which is derived from the hops"

Sight: Dark Golden yellow, almost orange/amber in colour.
Aroma: Malts, biscuit, grass, slight tropical hints.
Taste: Mango, biscuit, dry, lingering bitterness.
Would I buy it again? No. Sadly it's just a bit too safe for me and lacked a lasting impression. I liked the flavours it had and if given again, I would be very happy. But with an ever increasing IPA selection on the shelves, I feel it would just get passed over. This is all about personal taste and for me I like a punch of flavour rather than a play it safe.

So have any of you tried it? Do you agree or better let disagree? Drop me a comment and let me know your thoughts.
Posted by Adventures with Peps at July 03, 2017